The iliac crest is the largest and most prominent part of the ilium. You can see it when looking at your hip – it’s the part that curves up near your skin and makes the wing-like part of your pelvis.

Iliac crest pain can spread to other body parts, such as the back, abdomen, and groin, depending on what the causes is (1).

When the spine and organs move, they need to be solid and stable. This is where the hip bone (or bone pelvis) comes in. One bone is called the ilium. The other two are known as the ischium and the pubis. The front tip of the iliac crest is called the anterior superior iliac spine. 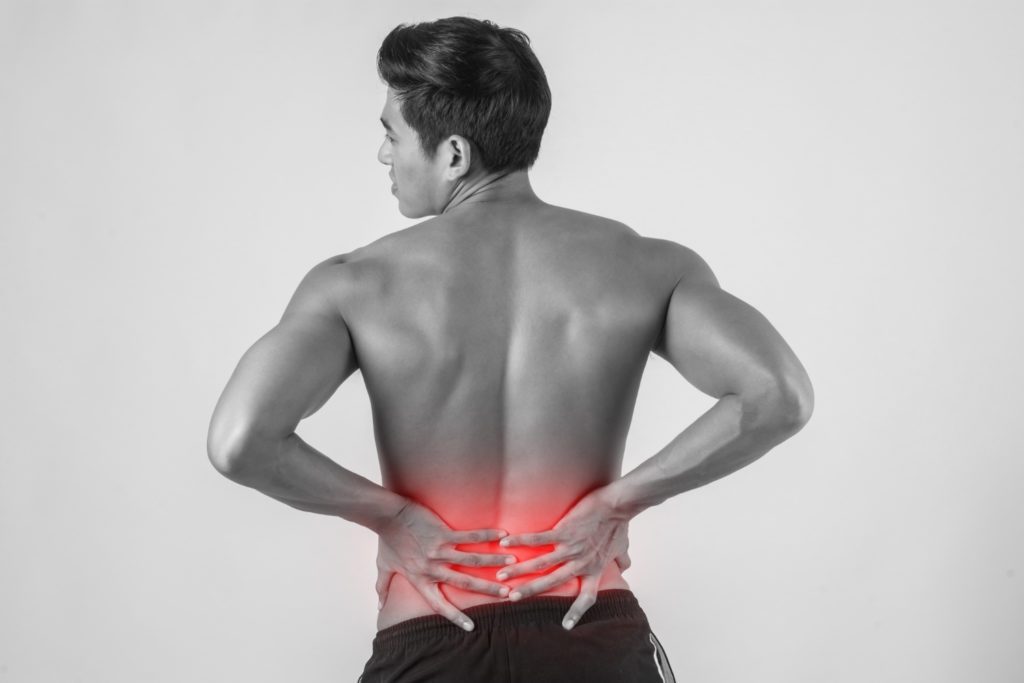 In the most prominent bone in your body, the iliac crest – or ridge – is what makes it stand out.

Many essential muscles are connected to the iliac crest, so it’s essential to know where it is and how it functions. These muscles are:

•      Latissimus dorsi or most significant muscle in the back

How Does Iliac Crest Pain Feel?

Pain in the iliac crest might make it difficult to move normally, however the pain may come in many forms. There is a wide range of possible symptoms, but lower back discomfort is the most prevalent.

You could feel soreness in your buttocks and groin as well as down your leg, or a dull discomfort. In some cases, violent muscular spasm might occur. Walking may be painful for some people, and bending or twisting might exacerbate the problem.

If the iliac crest has been damaged by trauma, tenderness and oedema may also indicate the condition (2). 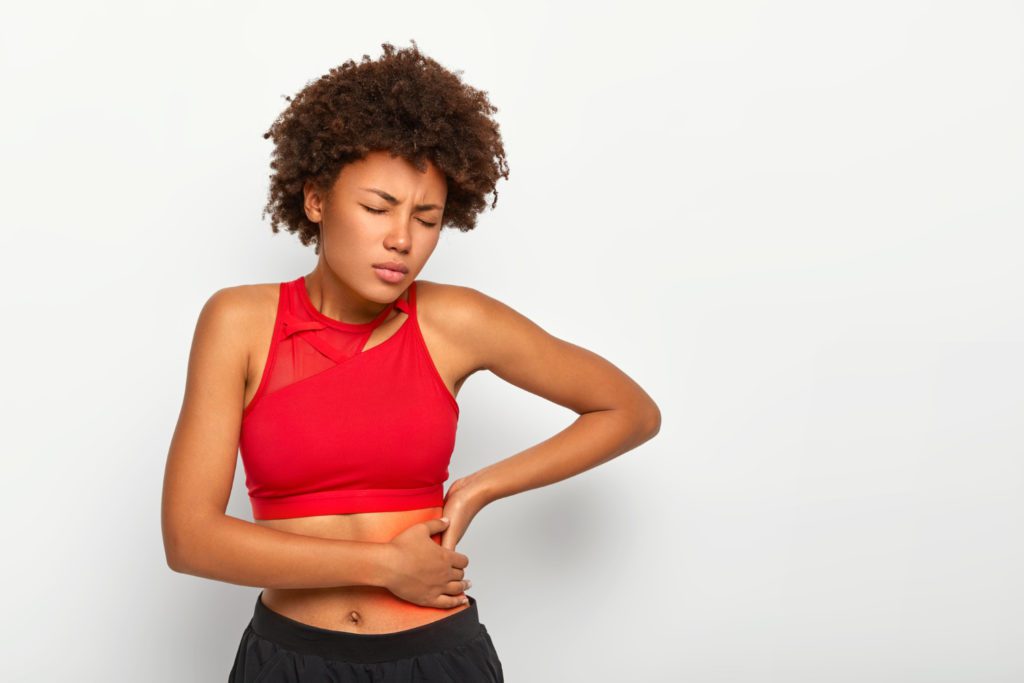 A variety of things may cause pain in the iliac crest. These might include, among others:

You need a well-developed set of core muscles to correctly support the joints around the iliac crest. A lack of strength in the lower back or anterior abdominal muscles is known to cause hip pain.

You could injure the iliac crest through trauma, such as a fall or a vehicle accident. As a result, you’re likely to experience tenderness and hip pain, as well as the lower back. A hip pointer happens when a person falls and rests on the front and top portion of the iliac crest.

The sacroiliac joint, which connects the lower back, belly, and groin, may cause pain. One of the most common causes of this joint’s degeneration is arthritis and ageing – or physical activity like running. Gluteus Medius Pain at Iliac Crest is also very common among runners.

The discomfort generally begins in the buttocks and lowers the back of one side, and may extend to the lower hip, groin, and upper thigh of the opposite side as well.

People can have tingling, numbness, or even weakness in their legs. Sedation, sleep, and stair climbing may exacerbate the symptoms (3).

Apophysitis of the ilium

Muscles link to a bone at the apophysis, a sort of growth plate. Bone develops from this location, and it is the final part of the bone to harden completely. Consequently, it is softer in children and adolescents.

For example, the growth plate may become irritating and inflamed if the muscles are constantly pulled off it during sports, and it may even be ripped off the bone. When development is complete and the bone has completely hardened, the problem will be resolved.

Chronic pain in the front of the hip caused by overuse is called ilium apophysitis and affects children and teenagers. In some instances, the region may be swollen and painful, and the discomfort is likely to grow worse when the person moves about (4).

When the iliolumbar ligament rips, iliac crest pain syndrome, or iliolumbar syndrome, ensues. Repeated twisting and bending movements might cause it to break down and degrade. Trauma, such as a car accident or a fall, may also cause it.

Chronic lower back discomfort radiates to the hips and groin is a common sign of the iliolumbar syndrome. It’s possible that bending or twisting one’s neck or back may worsen the discomfort.

Syndrome of the piriformis

When muscles become too tense, Piriformis syndrome is generally a consequence. As a result, the sciatic nerve is strained, resulting in discomfort in the lower back and hips.

Working out in worn gym shoes may also induce this condition, resulting in discomfort in the pelvic area of the human body (5).

Pain in the Gluteus medius

The gluteus medius muscle may cause pain around the iliac crest. Lower blood flow and nerve and muscle function are possible side effects (6).

Cancer of the bone

Bone cancer is an uncommon cause of iliac crest discomfort. There is a good chance that the discomfort you’re experiencing in your iliac crest may be caused by one of these other ailments.

The structures in and around the iliac crest have a poor blood supply, which is why they can struggle to heal on their own. It is the oxygen and nutrients in our blood supply that help to heal these structures.

Prolozone Therapy involves the injection of oxygen and nutrients into these structures to provide a direct supply of what is needed to heal them and provide pain relief.

As the treatment is helping to treat the root cause of the problem, it is deemed to be a permanent fix.

Apply ice to the region to relieve inflammation and discomfort. Wrapped in a towel, ice can be administered for 15 minutes every three to four hours.

A cold compress may be used in place of ice. Wrapping the region with a compression bandage and elevating the damaged area above the heart will help decrease swelling.

Your healthcare professional may recommend anti-inflammatory medication (NSAIDs). Acetaminophen and ibuprofen can also help with inflammation. In terms of physical therapy, this  can also play a major role in treating lower back pain by stimulating your musculoskeletal system. Regular exercise and stretching will help strengthen the muscles that connect to the sacrum, hip bones, and pubis bones, and hip flexor exercises can be very effective in mediating low back pain and strengthening the lumbar spine region. Hip abduction and hip extension exercise strengthen your hip muscles and your knee muscles.

Resting the back is the most effective treatment for iliolumbar syndrome in most patients. To alleviate pain and swelling, ice and over-the-counter analgesics may be the most effective. If the pain is especially severe, steroid injections may also be employed.

Anti-inflammatory medicine may be used in instances of ilium apophysitis if RICE fails to alleviate the discomfort (7). Always consult your board-certified orthopaedic doctor for professional advice.

What can cause pain in the iliac crest?

Some of the most common causes of iliac crest pain are overuse injuries, excessive exercise or trauma. It is important to allow for rest and recovery after exercise.

It is often a tenderness around the iliac crest, it can also be confused with hip or pelvis it can also occasionally be referred to as the lower back.

How should I sleep with iliac crest pain?

What can cause pain in the iliac crest?

Some major causes of iliac crest pain are:

Iliac crest pain is followed by chronic low back pain. It is also associated with hip or pelvic pain, tenderness, or swelling around the iliac crest.

How should I sleep with iliac crest pain?

You can manage your sleep with an iliac crest by placing a pillow under the hips to produce cushioning. You can also set one or more pillows under your knees or vary your sleeping position to find the most pain-reducing position

How do you fix iliac crest pain?

What causes inflammation of the iliac crest?

Inflammation of the iliac crest can be caused by Iliolumbar ligament inflammation. Moreover, muscles used to move the body are weak, including low back muscles, hip flexors, iliotibial band weakness or injury, core muscles, and abdominal muscles.

Where is the iliac crest?

The pain often initiates in one side of the inferior back and hips and can influence the lower hip, upper thigh, or groin. The symptoms of the iliac crest may include weakness, tingling, or numbness in the legs that may worsen when sleeping, walking up, and running downstairs.

Spinal Injections For Back Pain