×
Have a question?
Clinics in Bedford
Open Mon-Fri 9-5pm
News and Publications | Amitriptyline For Pain 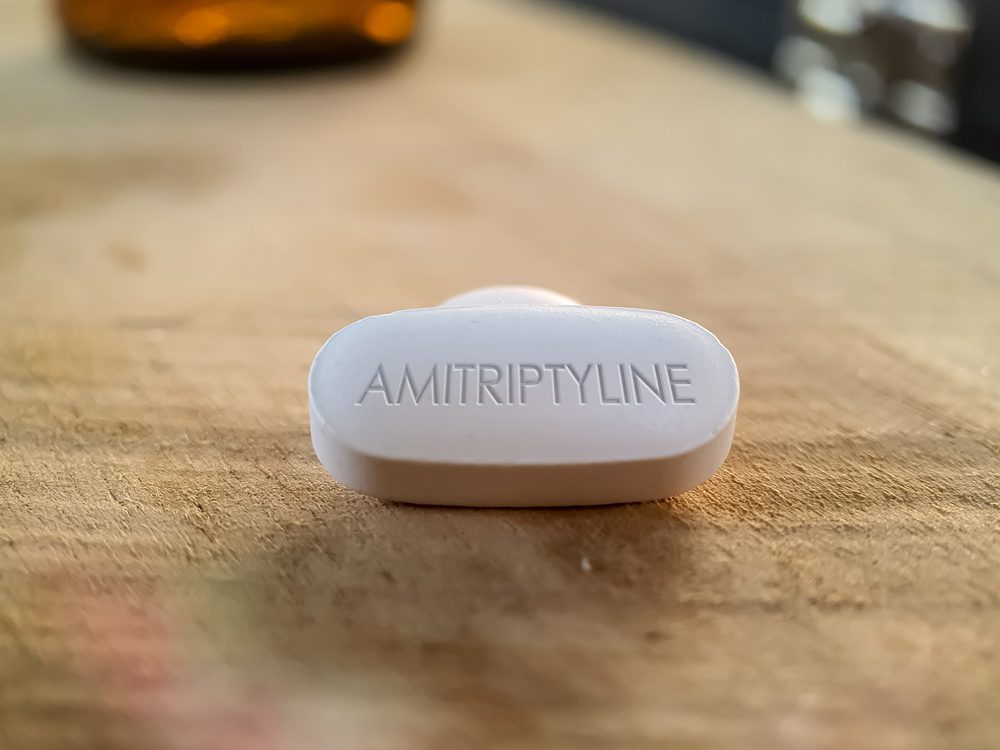 This article provides everything you need to know about amitriptyline for pain alongside the best natural alternative to address your pain. Pain is an obnoxious stimulus that nobody wants to experience but the truth is that pain is a protective mechanism of the body that makes you aware of undergoing injuries and damage.

To end your agony you would have used a non-steroidal anti-inflammatory drug at least once in your life. For the management of pain, there is a myriad of pain-killer medicines available on the market. Due to the complex makeup of the human body, there are different classes of pain-killer drugs designed for different types of pain stimuli.

An antidepressant drug i.e. amitriptyline is used to manage chronic pain. In the following paragraphs, we shall be discussing how amitriptyline works to reduce pain.

What Is Amitriptyline For Pain?

Amitriptyline sold as Amitriptyline HCL is an antidepressant drug prescribed for different mood and mental health disorders including:

It belongs to a class of medicinal drugs known as tricyclic antidepressants. Amitriptyline is an FDA-approved drug for treating depression.

Research has revealed that the antidepressant drug brings about therapeutic effects by increasing neurotransmission of noradrenergic or serotonergic transmitters. It achieves this by blocking the norepinephrine/serotonin transporters (NET/SERT) at the presynaptic terminals.

Uses Of Amitriptyline For Pain

This very drug is FDA-approved only for depression, however, amitriptyline is used for the following conditions as well:

The drug amitriptyline has shown promising results in the management of different types of chronic pain issues including:

The bone degenerative disease can be age-related or auto-immune in nature. Osteoarthritis is a condition where the bones disintegrate with the passage of time and cause severe joint aches.

On the other hand, rheumatoid arthritis is a chronic joint disorder that causes pain due to the accumulation of auto-antibodies.

Whatever, the type, the ultimate result is persistent pain that usually doesn’t respond to over-the-counter pain killers.

Animal studies in the 1980s found the anti-inflammatory role of tricyclic antidepressants (amitriptyline) and highlighted the need for further studies to investigate their analgesic role in arthritis.

Therefore, 32 patients with rheumatoid arthritis were treated with amitriptyline in the late 1980s. The randomized controlled trial concluded that amitriptyline is associated with a significant reduction in pain and tenderness in joints.

Modern studies have now revealed that amitriptyline also improves mood while reducing pain. Being exposed to never-ending pain makes you hyperalgesic and likely to suffer from mood disorders. As per a 2014 study, amitriptyline reverses hyperalgesia and enhances mood in monoarthritis patients.

Another study carried out in 2017 has found amitriptyline to be effective in treating musculoskeletal (muscle and bones) disorders.

An estimated 577 million people across the globe suffer from low back pain. The painful condition has a prevalence of 7.5% and is a leading cause of disability and days missed from work.

In cases where back pain is the result of sciatic nerve inflammation (sciatica), the effects of general analgesics are poor. In the recent past, we have seen the introduction of antidepressants as analgesic drugs. Serotonin noradrenaline reuptake inhibitors have shown to bring about some positive changes in back pain symptoms.

Amitriptyline is increasingly being used to alleviate chronic low back pain and rightly so!

Older studies didn’t find any appreciable role of low-dose amitriptyline in back pain reduction as compared to placebo. But with an increasing amount of research, the effect was more clear.

As per a 2018 randomized controlled trial, amitriptyline consumption for 3 months greatly reduced disability in back pain patients.

It was further revealed in a study that amitriptyline therapy when paired with corticosteroid injection showed superior results in treating chronic low back pain associated with radiculopathy. However, lower doses of the drug did not have any significant effects on back pain reduction.

The latest trials (2021) advocate the use of amitriptyline in providing pain relief to patients gnawing with back pain. The drug seemed to be generally safe and significantly reduced pain and disability.

The unique pain disorder i.e. fibromyalgia has baffled healthcare professionals for years. The disorder has no significant underlying cause for the pain and is believed to be the result of neurotransmission abruptions.

Antidepressant therapy has been under the microscope for a long time. As per a systematic review published in the British Society for Rheumatology, amitriptyline can be helpful in decreasing fibromyalgia symptoms when given for 6-8 weeks.

An old study found amitriptyline and cyclobenzaprine to be efficacious in reducing fibromyalgia pain but only for the short term. However, modern researchers believe it is effective as a first-line drug for fibromyalgia.

A detailed study revealed that tricyclic antidepressants like amitriptyline have a higher potential to target fibromyalgia pain than other analgesics.

When putting parallel to duloxetine, the drug doesn’t fail to impress as both the drugs have been found to have similar effects.

In a 2022 meta-analysis investigating the comparative efficacy of drugs for fibromyalgia, amitriptyline and duloxetine stood out while pregabalin showed no significant impact as compared to the placebo.

Therefore, tricyclic antidepressants like amitriptyline are being considered for managing chronic fibromyalgia pain in adults.

One of the most stubborn pains to manage is nerve pain or neuropathic pain. The irony is that nerve pain is mostly of high severity and does not respond to over-the-counter pain killers like ibuprofen or naproxen.

Thus, an antidepressant drug can be the only choice in the management of neuropathy. There is some evidence that supports the use of topical amitriptyline for neuropathic pain.

The wonderful analgesic effect of the drug was seen in a literature review of two cases with neuropathic pain. The first patient experienced complete relief from pain in the hands and feet (due to diabetes mellitus neuropathy) with topical application of 10% amitriptyline. The other patient also reported alleviation of symptoms of chronic idiopathic axonal polyneuropathy after topical application. However, in the latter, the development of adverse effects (drowsiness) led to the halting of the therapy.

Even sciatic nerve pain can be lessened by using a combination of pregabalin and amitriptyline.

The analgesic effect is attributed to the immune-modulating effect of the drug. Amitriptyline modulates the levels of proteomes and secretomes (proteins) in the CSF (fluid in the spinal cord and the brain).

Paracetamol and amitriptyline enhance each other (synergistic effect) when given together to nerve pain patients. According to a 2021 study, the amitriptyline/paracetamol combination helps provide a superior pain-countering effect (antiallodynic effect).

It is a nerve pain disorder that seriously compromises the quality of life. Combination therapy of amitriptyline and fluphenazine can be efficacious in managing pain caused by postherpetic neuralgia.

As per a randomized trial, both amitriptyline and nortriptyline bring about evident pain relief in PHN patients. So, amitriptyline can be used in patients developing painful conditions after a herpes zoster infection.

The potent tricyclic antidepressant can tone down headaches and migraine pain. Amitriptyline achieves this effect by amping up the effects of serotonin (a neurotransmitter) in the brain that is associated with pain regulation and generalized well-being.

Adding amitriptyline as a treatment regimen for chronic migraine patients can be a fruitful step. As per a randomized study, amitriptyline is robust in cutting down on migraine. It is also observed that adding exercise to the daily routine enhances the impact of the drug.

Another double-blind study concluded that amitriptyline and fluoxetine are effective medicinal drugs for managing daily headaches/transformed migraines. The pain-killer effect of these drugs, however, came at the expense of adverse effects (dry mouth).

Prolozone Therapy is a natural injection that helps to both repair injuries and reduce pain. 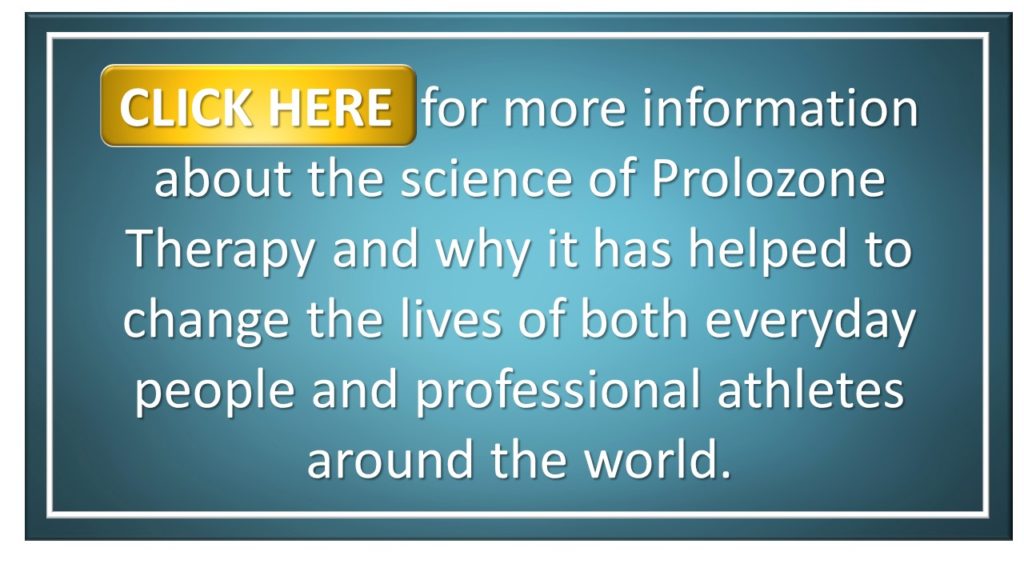 How Does Amitriptyline Work To Reduce Pain?

According to the NHS, amitriptyline reduces pain by modulating the pain signals inside your brain and the spinal cord.

The analgesic effect is achieved by pumping up the levels of serotonin in your brain. Serotonin is a neurotransmitter associated with pain and mood regulation.

Here is a look into how the antidepressant drug stands against commonly used pain killers in bringing about pain relief.

Naproxen and amitriptyline have similar pain-relieving effects on fibromyalgia, a study suggests.

Both amitriptyline and tramadol showed excellent results in limiting postamputation pain. the antinociceptive effect of both these drugs was similar and appreciable.

Researchers are in a constant quest to find out the better choice in treating neuropathic pain. One randomized controlled trial found pregabalin to be the better choice for diabetic neuropathy due to reduced adverse effects associated.

However, another study found both drugs to be equally efficacious in diabetic peripheral neuropathic pain.

Determining the right dose of amitriptyline for analgesic effect is a difficult task because it is not FDA approved for the purpose.

Amitriptyline comes in 3 different dosage strengths i.e. 10mg, 25mg and 50mg. According to the NHS, the maximum daily dose of amitriptyline for adults is 75mg. Higher doses may be recommended when curing migraine.

Side Effects Of Amitriptyline For Pain

Common side effects of amitriptyline use include:

Serious side effects happen rarely but should be immediately reported. Serious complications of amitriptyline include:

This drug (amitriptyline) is generally not recommended in pregnancy and breastfeeding mothers.

Amitriptyline should be used with caution with opioid medicines like morphine, and oxycodone because it can increase the risk of respiratory depression (breathing problems).

Withdrawal Symptoms Of Amitriptyline For Pain

Amitriptyline is a tricyclic antidepressant that is FDA approved for depression treatment. When inside the body, amitriptyline upregulates the levels of serotonin (a neurotransmitter) in the nervous system which is associated with pain regulation. The effect of this pumped-up production is strong analgesia. This is why amitriptyline is utilized to reduce different types of pains including arthritis pain, nerve pain (neuralgia, sciatica, etc.), back pain, fibromyalgia, migraine, etc. People also use it to manage sleep disorders and insomnia. When compared with common OTC drugs, amitriptyline performs well. The drug is best suited for the management of fibromyalgia, nerve pain, and migraines. Amitriptyline usage is limited due to the side effects (dry mouth, constipation, dizziness, and heart problems). Like all anti-depressants, the withdrawal effect is seen after chronic usage. It should be avoided by pregnant ladies, and breastfeeding mothers. This particular drug should be cautiously used with opioid medicines due to an increased risk of respiratory depression.

Q1. Is Amitriptyline An Effective Painkiller?

A. The main use of amitriptyline is in treating depression, however, the drug has shown to be pretty effective in lowering pain (arthritis, fibromyalgia, and neuropathic pain).

Q2. For What Type Of Pain Is Amitriptyline Effective?

A. It is a tricyclic antidepressant that works best on chronic neuropathic pain (caused by nerve damage). Neuropathic pain is refractory to most treatments but as amitriptyline works by neuromodulating the transmitters it can bring about better analgesia than OTC analgesics.

Q3. Is Amitriptyline A Muscle Relaxant?

A. Amitriptyline is not a muscle relaxant in the true sense. However, this antidepressant drug re-establishes the neurotransmitter balance in the central nervous system. This rebalancing has the advantage of relieving pain, relaxing the muscles, and improving sleep quality (and therefore, improved quality of life).

Burning and Stabbing Pain On Inside Of Knee

How To Sit With SI Joint Pain

Lower Back Pain When Running

Hyaluronic Acid Injection – How Effective Is It?