×
Have a question?
Clinics in London and Bedford
Open Mon-Fri 9-5pm
News and Publications | Hip Impingement

The hip joint is where the thigh bone meets the pelvis. The ball-and-socket joint is so named because the ball-shaped top of your thigh bone slips into a cup-shaped region within your pelvis, similar to how a baseball fits into a glove. Normally, the ball glides effortlessly inside the hole, but an issue with the ball or socket rim will obstruct smooth motion. Repetitive hip flexion trauma affects the socket cartilage, resulting in hip impingement or femoro acetabular impingement (FAI). It is thought to be a significant cause of early hip osteoarthritis, especially in those under the age of 40. 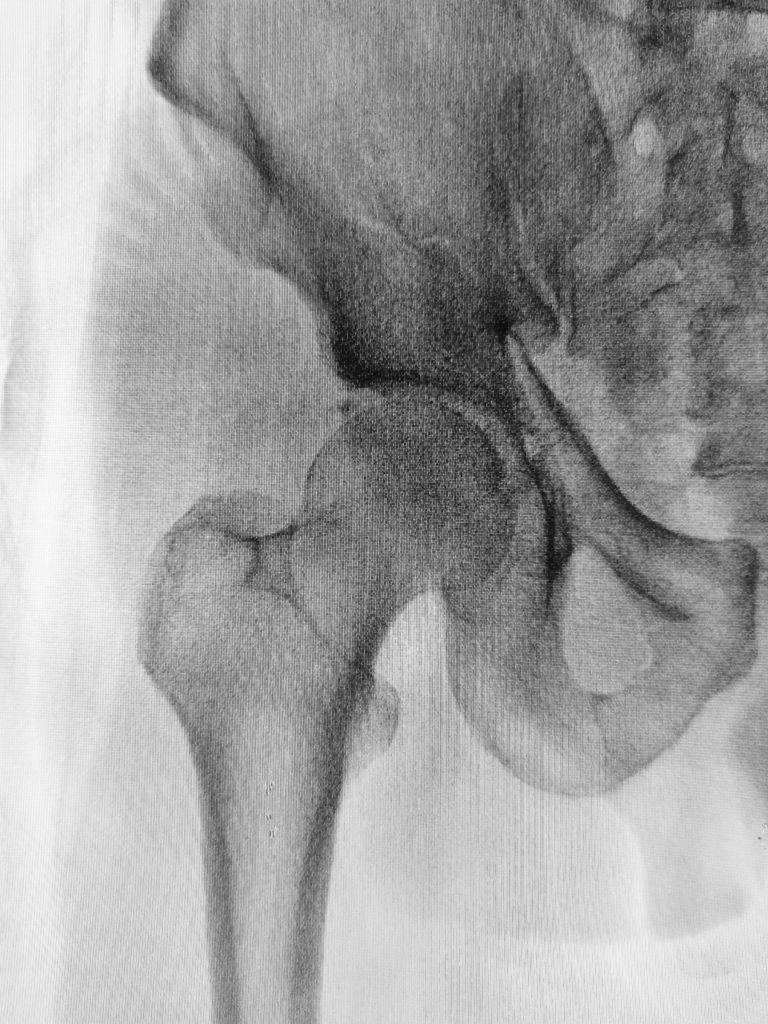 Individuals with the condition may have been born with an irregular ball-and-socket joint structure. In such cases, the hip joint’s structure may have developed abnormally during development. Repeated movement of the legs outside their normal range of motion can result in hip impingement, as has been seen in some athletes (football, soccer, baseball,  tennis, lacrosse players, hockey,  dancers, and golfers). Accidents can also cause hip impingement signs.

A malformation of the femur’s ball at the tip (called cam impingement). When the hip is bent, if the head is not shaped correctly, the irregular portion of the head will get lodged in the socket. This can happen when riding a bicycle or tying your shoes.

A socket deformity (pincer impingement). If the front rim of the socket (referred to as the acetabulum) protrudes too far forward, the region of the thigh bone (femur) just below the ball, referred to as the neck of the femur, can collide with the socket rim during regular hip flexion movement.

You may experience the condition for years without being aware of it since it is frequently painless in the early stages.

The primary signs are groin “pain,” which is worse when walking or flexing the shoulder and reducing the hip range of motion.

At first, you can experience discomfort only when the hip is moved beyond its limits. However, as the disease progresses, you can experience discomfort through more subtle tasks, such as sitting for an extended period of time or going up a slope. In addition, pain at night or when walking on flat ground indicates that the cartilage cushioning the ball and socket has started to degrade and wear down, a condition known as osteoarthritis.

The Joint Preservation, Resurfacing, and Replacement department has extensive hip impingement testing facilities. A full medical history and physical examination are essential for diagnosis. The range of motion of the hip joint and the existence of impingement will be evaluated during the physical test. Additional checks, such as the following, may be required:

Treatment for hip impingement should begin with:

In surgery, the first step is to repair the weakened hip joint component. This may require the repair or removal of damaged tissue. The second goal is to fix or strengthen the hip joint’s irregular appearance. This is mostly accomplished arthroscopically by excising any of the excess tissue. This procedure requires minor incisions and the use of thin instruments, and the surgeon will examine the hip interiorly with a camera. If, however, the surgeon determines that you need a lengthier, open operation, it will require wider incision points, a two- to four-day hospital stay, and six to eight weeks on crutches.

Arthroscopy or open repair of the joint may be suitable for young, athletic persons. Arthroscopy is a highly advanced, minimally invasive joint reconstruction technique. For more acute circumstances, open surgery is recommended. Both arthroscopic and open operations have the potential to provide superior health outcomes. Following surgical reconstruction, the patient usually undergoes a three- to the four-month cycle of physical recovery.